The Roero Bike Tour (RBT) is set in a section of hills known as the Roero region laying along the left bank of the Tanaro river, which separates it from the Langhe, on the confines with the provinces of Turin and Asti. Here, historical villages, cultivated fields and other signs of humanity are immersed in nature that remains largely untamed, featuring dense vegetation and harsh hillsides. It was the Roero Family from Asti that possessed most of the land and castles here and so gave the territory its name. It is a land of passage and maintains its age-old vocation to trade and to hospitality.

As you cycle along the Roero Bike Tour, you will move from village to village along nature trails or low-traffic roads on a journey through the oneof- a-kind landscapes and vistas, such as the Rocche (singular: rocca, a term that refers to local rock formations that are an unusual geological phenomenon and which protect a wealth of biodiversity), vineyards, truffle forests, cultivated groves, hilltop villages and castles.

The itinerary makes for a thrilling ride on a mountain bike or e-bike! It is a total of about 140 km (87 mi) long and is to be done in one specific direction. Its 7 sections are complemented by a number of variations, including both alternate and connecting routes, and encompasses the three major existing trails: the “Grande Sentiero del Roero”- S1 (Great Roero Trail); the “Sentiero del Roero Centrale”- S4 (Central Roero Trail); and the “Sentiero dell’Acino, Mulini e Castelli – Roero Orientale” - S3 (West Roero Trail of the Grape, Mills and Castles).

The Roero Bike Tour has its own signage designed for cyclists. Search the diamond-shaped signs along the itinerary, that gives you information about the difficulty of the path: green - easy, yellow - medium, red - difficult. Signs may fall down at times, but very often there are also the (red and white) markings on trees and rocks pointing you in the right direction, especially in the woods and far from paved roads.

There are technical sections in places, but these can always be overcome on foot, carrying or pushing your bike, or by making use of public transit between villages. Along the route, there are marked stations for charging e-bikes and for minor repairs that may be necessary along the way.

The RBT may be done in circuits, adapting the itinerary to suit your own specific  preferences. 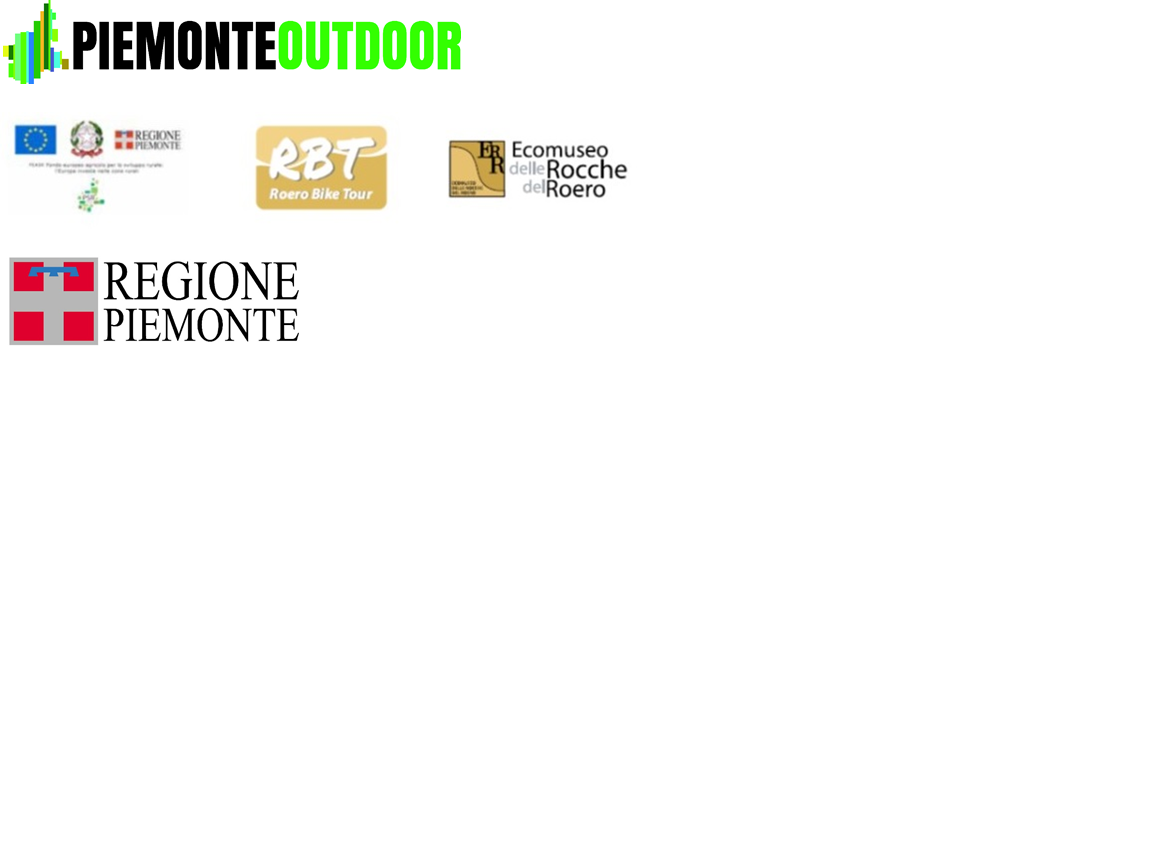