A Saint and his hills: Don Bosco, the places of his childhood and vocation.

A hilly area known for excellent wines, but not everyone is aware that these lands have given birth to men and women who have gone down in history for their spirituality and social commitment. These hills are actually the birthplace of saints, first and foremost Saint Giovanni Bosco, founder of the Salesiani and of the Figlie di Maria Ausiliatrice congregations. It all began at the Becchi, a small village in the hamlet of Morialdo (Castelnuovo Don Bosco): it was here that Giovanni Bosco was born on 16th August 1815, in “Cascina Biglione”, a farmhouse where his father worked as a sharecropper. Fin da subito non fu una vita facile. When he was only two years old, he was orphaned of his father, and in spite of many difficulties he received from his mother, Mamma Margherita (proclaimed Venerable in 2006), an education focused on the human values of hospitality and charity. It was there, at the age of nine, that Giovanni had the prophetic dream of his future mission: to care for the youth. 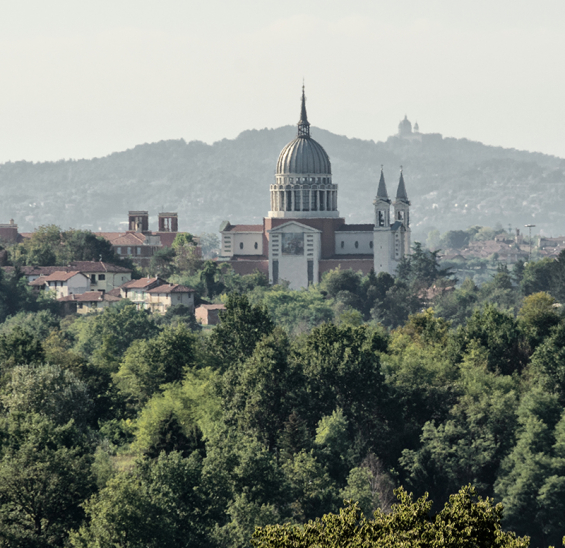 A great temple, a place for pilgrimages, memory and culture.

Today, nearby "cascina Biglione", a monumental basilica has been built, based on two superimposed churches. The Upper Church, which stands out with its remarkable dome, two bell towers, a grand staircase and the Lower Church, where a precious relic of the Saint is kept. The “Colle” is home to buildings steeped in history, such as Saint Giovanni Bosco's Birthplace, the Shrine of Maria Ausiliatrice, the Rosary Chapel, the house of Brother Giuseppe with the Museum of 19th-century Rural Civilisation, the Dream Meadow, as well as the Missionary Ethnological Museum and a professional training centre.

Listen to the Podcast:

The information contained in the page may vary. We recommend you to check the details by contacting directly the good or service of your interest to fully enjoy your stay in Langhe Monferrato Roero.