A country chapel, a terrace where one's gaze can extend to the boundaries, physical or spiritual.

Small, intimate and with a cosy portico: when you look at it today, you can still picture pilgrims and wayfarers who used to find shelter under that vault against the cold and wind that blows through the Alta Langa in the winter months. It has a taste of medieval times and hard labour. This is how the Chapel of San Rocco in Mombarcaro, or rather of Saints Rocco and Sebastian, appears to those who reach it. Built in the 15th century, it stands on a hillock with a view of well-tended fields and the outlines of the neighbouring villages. Harmonious in its essentiality, renovated at various times and used several times as a lazaret, this gem hides a stunning cycle of frescoes by Antonino Occello da Ceva, a painter who lived in the Monregalese area, where he was born at the beginning of the 16th century. 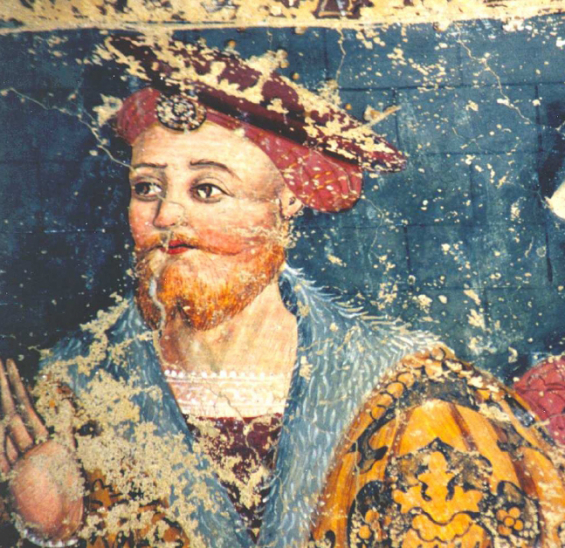 With or without vices, it is an astonishing emotional ride into distant eras.

One of the most original fresco is a rare “Cavalcade of the Vices”, a depiction of the seven deadly sins in which people, dressed in period costume, ride on animals and, while chained together, they make their way towards the entrance to hell which is depicted as the open toothed mouth of a sea monster: a most effective way of reminding wayfarers of the punishments reserved for anyone who ever fell into the temptation to sin. These valuable series of frescoes, which includes depictions of miracles and moments from the lives of the titular saints San Rocco, San Sebastiano and San Antonio Abate, can be visited nowadays thanks to the " Open-door churches" App.