Between genius, poetry, memories and innovation: Fenoglio and the deep bond he had with his beloved Langhe.

«Born 30 years ago in Alba (1 March 1922), student (Gymnasium-high school, then University, but of course I didn't graduate), soldier in the Regio (Royal Italian Army) and then partisan: today, unfortunately, one of the representatives of a well-known wine company. I think that's it. That's enough, isn't it?». Shy and slightly grumpy, yet a free thinker and an innovator. This is how Fenoglio introduced himself to his publisher and first readers, but behind such discretion lies a world that is revealed through the pages of his works, portraying his homeland, the war, the Resistance and the universal feelings of friendship and love. A love that deeply connects him to his Langa hills, the absolute protagonists of his novels. A love that has been reciprocated to the extent that today, where he once lived, the people of Alba have set up the Centro Studi di Letteratura, Storia, Arte e Cultura (Centre for the Study of Literature, History, Art and Culture) dedicated to him, to promote the literary, artistic, historical and cultural traditions of the Langhe and above all its best sons, first and foremost Beppe Fenoglio himself.

From a "home for humble people", as it was defined by the writer Marisa Fenoglio, Beppe's sister, to a cultural engine.

Fenoglio lived there between 1928 and 1959 and most of his works and characters came to life in that small room, where time was marked by the tolling of the bells of Alba Cathedral. Since 2003, by the will of the Municipal Administration and the support of other institutions, these rooms have been given a new lease of life and become the headquarters of the Centro Studi dedicated to the writer. As well as enhancing the writer's work, it has become a point of reference for research into the literary and artistic traditions of the Langhe. The perfect place to start getting to know the intimate essence of this town, world-famous for its excellent food and wine, but also surprising for its multiple cultural attractions. The year 2022, which marks the centenary of the writer's birth, will bring many surprises to all Fenoglio lovers. As from 1 st March, the writer will be celebrated with a series of initiatives and events to be noted in the calendar (www.beppefenoglio22.it). 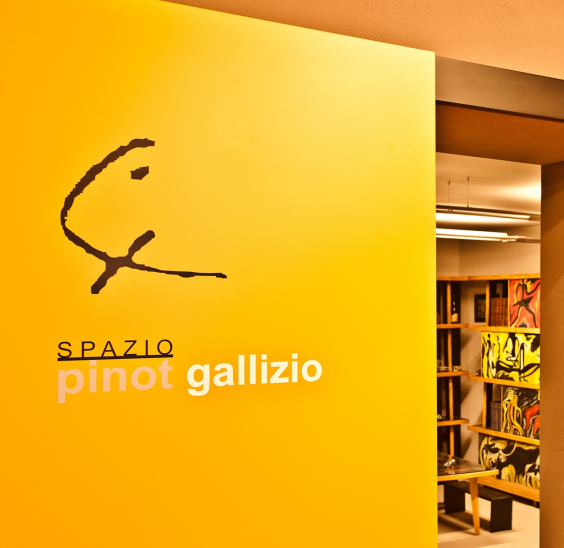 Pinot Gallizio: the artist of industrial painting and king of the gypsies.

The second floor of the Centro Studi Beppe Fenoglio houses the Spazio Gallizio and preserves a non-museum artistic itinerary dedicated to the Alba artist, confirming the close bond of esteem between them. The rooms host a series of documents and a bibliographic collection on Gallizio, but above all the famous work "L'Anticamera della Morte" (The Antechamber of Death), created in December 1963, a sort of autobiography and testament of the artist, who died the following year.

VISITS
Visitable
NO
Discount agreement
Sistema Museale Albese
PRICE ACCESSIBILITY AND SERVICES
Disabled access
YES
Bookshop
NO
Cafeteria
NO
SPECIAL INITIATIVES
Themed visits
Tra le Righe di BF22
The information contained in the page may vary. We recommend you to check the details by contacting directly the good or service of your interest to fully enjoy your stay in Langhe Monferrato Roero.