A route that follows “Sentiero del Roero Centrale” (trail S4) through hilltop villages as you admire the castles, towers, and groves.

This leg starts in Villa (Monticello d’Alba), where you will retrace a portion of the previous leg along highway SP 241 and then, turning right before the first homes of Valdozza, along a slightly uphill country road that branches off just after a wayside shrine to San Giacomo Maggiore. The road soon turns to gravel and continues along the crest of the hill through sunny vineyards with a view, to the right, of Monticello Castle. Continue through vineyards and a few sections of shade, created by the invasive false acacia, on to a crossroads. Turn right here and follow the signs for the S4 trail and for “Rifugio dell’Anima”, which you will come to after about 500 metres.

From here, you will continue along a long up-and-down section through hilltop woods known as “Bosco di Corneliano”, featuring oak and chestnut trees. Once you have passed a modern chapel dedicated to Madonna della Guardia, head toward the hills Bric della Croce (altitude: 392 m / 1286 ft) and Bric Valtassera (altitude: 339 m / 1112 ft) until you exit the woods. Turn left out of the woods onto a country road that runs along the hillside parallel to highway SP 171 through the hamlet of Soria. The trail continues through ample vineyards to Corneliano d’Alba and its Santuario del Castellero, a solitary structure that houses over 200 restored ex votos. From here, turn left along highway SP 171. After about 600 metres, turn left again onto highway SP 275, which runs along the base of the valley through an area of strategic importance that once belonged to the gens Cornelia during the Roman Empire.

This will take you to Corneliano d’Alba, a historical trading village for local produce, including peaches and Corneliano’s Favorita grape, which, in turn, supported a longstanding tradition of basket makers who remained widely famous clear into the 1930s. The central Piazza Cottolengo features the Town Hall, the 18th century Church of SS. Gallo and Nicolao, a curious archway with the Savoy coat of arms, which was erected in 1814 in honor of the return of the House of Savoy and provides access to the climb up to the historic centre of Corneliano, and its 22-metre-tall (72 ft), 15th century decagonal tower.

From the centre of the village, take highway SP 10 in the direction of Alba until you reach Piobesi d’Alba after a virtually uninterrupted series of homes, shops and other buildings. Once you reach the village, turn left at the weigh station and continue on past the Church of San Pietro in Vincoli. Turn left here onto Via Marconi, and in few metres you will begin the climb up Via Mezza Montà, along a series of switchbacks past house and hazelnut groves. At one of the final switchbacks, before you reach the hilltop Church of Santa Maria al Bricco, turn off onto a secondary road following the signage for the S4 trail, which heads up a different side of the hill in the direction of Cascina Battagli. You will come across “Sentiero del Tasso”, which coincides with the RBT until you reach your destination of Borbore (Vezza d’Alba). Follow the entire crest of the hill in the direction of Valmaggiore through a breathtaking valley that has been known for its wine production for centuries. Indeed, it was 1473 when a visiting bishop noted: “The place is sandy and infertile and struggles to produce wheat, but when it comes to wine, it provides a respectable income.” It was in Vezza, too, that the Favorita grape got its name, as it was cited here for the first time in the wine cellar books of the Roero Family in 1676.

After crossing through the residential part of Valmaggiore, head down along a paved road for about 400 metres, then turn left onto a dirt roadthat will take you along a false flat to Santuario di Madonna dei Boschi. To get there, you will need to take a brief, uphill detour of about 300 metres, but the sheer beauty of the landscapes here will make the extra effort worth it. The church, with its Romanesque nave, was erected in the 12th century and features Gothic fresco of the Annunciation executed towards the end of the 15th century. Here, there are also the tombs of the Roero Family, buried here from 1608 to the end of the 19th century. Past the sanctuary and its picnic area, descend again and take the “Sentiero del Tasso”, which gets its name from the many badger dens that are found here. When you reach Piazzale San Carlo in Borbore, take highway SP 152 until you reach the parking area at the roundabout with SP 29, where you will also cross “Sentiero della Pera Madernassa” (Trail of the Madernassa Pear). 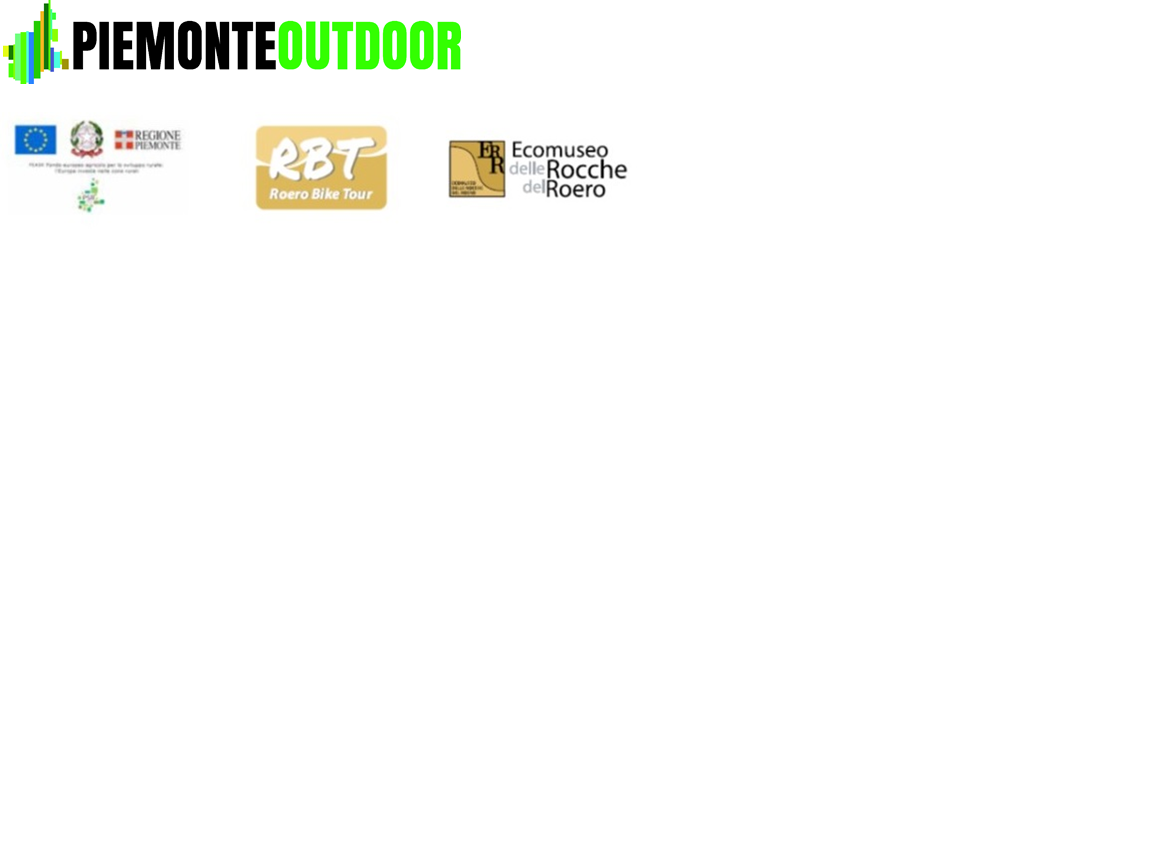