This leg winds its way along the trails of the Alta Langa and is also a part of the Grande Traversata delle Langhe, so it provides numerous opportunities for detours to visit these highlands in greater detail. The route offers one-of-a-kind vistas as you ride along the crests of hills and the Sorgenti del Belbo Nature Preserve, through towns made famous by Fenoglio and medieval hilltop villages in which each and every stone has a tale to tell.

Niella Belbo features a well-preserved medieval tower and a number of marvelous, 15th-century frescos in the local church and in the romantic Madonna dei Monti Sanctuary, one of the many spires that dot the Belbo Valley. In front of you to the north, you can see the large village of Bossolasco (which you will reach after a steep descent into Belbo at San Benedetto, the only town at the bottom of the valley), whereas the valley finally opens up to the west towards the Mombarcaro summit (896 m / 2,940 ft) and onto the Sorgenti del Belbo plateau, a unique nature preserve here in the Langhe.

Pass through the town in the direction of San Benedetto and continue along the paved road to the marked fork to the left, which then descends (D2) and continues as a dirt road until a fork to the left, which descends into the gorge (D2) and then, beyond the ford, heads back up into the woods (S2) along a flat cart track to the left. This joins up with the paved local highway to the right in the direction of the hamlet of Sant’Anna, where you take the trail to the left along the wall of the first farmhouse. This trail heads down quickly (D3) into the next gorge. You will head back up for about a hundred metres and then continue on to the hamlet of Scaroni, where you will take the paved road in the direction of San Benedetto. Several signposts tell of the places and events from Fenoglio’s novels and stories, including “Un Giorno di Fuoco”. Everything here tells about Fenoglio, and Fenoglio has written much about San Benedetto. Also of interest here are the remains of the Benedictine Abbey with the archway to the fortified village and the enjoyable descent down a path and stairway to the river below. Signposts to Mimberghe, Cadilù and Lunetta, too, evoke memories of Fenoglio’s stories (such as “Pioggia e la Sposa”), and these three villages are certainly worth an unhurried visit.

Cross the Belbo river over the bridge and take the first (paved) road to the left (D3), which heads up the steepest side of the valley. The panorama opens up so that you can see the entire Benedictine village in all its medieval splendor. Once at the crest of the watershed, you will be able to see the faraway Tanaro Valley, surrounded by the Maritime Alps, and the romantic Murazzano Tower. Take the state highway to the right and then immediately take the road to the left to the Safari Park. Once over the hump, you will find the grassy and rocky trail along the crest of the Bossola Pass. This marvelous trail with its high-altitude view runs flat and then steeply downhill (D3) to the pass, where you join the state highway again for the intersection, then head immediately to the left to continue along the crest through the woods (attention: at the three-pronged fork in the road, keep straight to remain along the crest of the hill) until the Basic2 industrial site, which you will pass on the left. Cross the paved courtyard and continue on to the Church of San Rocco. Head back up (D1-2, paved) to the watershed and then descend into Bossolasco (at the end of the road, turn left and take the main road through town at the Church of Santa Maria degli Angeli).

Bossolasco is the village of painters (the Sei di Torino, literally the “Six from Turin”) and of their historic signs. Fenoglio, and most of the inhabitants of Alba, came here on vacation in the summer, and in winter this was the site of the only ski lifts in the entire Langhe region! This romantic village is embellished with roses and tastefully restored homes. The old Palazzo Balestrino alludes to the area’s ties to the Del Carretto Family from feudal Liguria, while the significantly reworked local church may have deserved greater care. As you leave town towards Serravalle and Alba, we highly recommend a stop at the famous Fontana Azzurra. Just past this fountain, leave the state highway and take the dirt road to the left, which heads down gradually through the fields and then much more steeply into the woods (D3 extreme) and down into the gorge. Then head back up into the sunny fields towards the lovely San Lorenzo rural chapel. From here, turn right and then immediately left onto the paved road in Pratonoero. Head up to Serravalle and, at the next fork in the road, take the dirt road to the right. Turn right again after a couple of kilometres onto a paved road and then head up (S1) onto the state highway just outside the village of Serravalle.

Serravalle Langhe once served to block access to the road along the crest of the hill (the Langhe state highway, which may follow the original Roman road, Magistra Langarum), but it lost its medieval castle in the 16th century. But the village has retained the marvelous building that is now home to the town hall, as well as the original St. Michael Oratory (12th century, noted for its sandstone rose window), which is now a multipurpose centre. Continue on from Piazza del Municipio along Via Baudana. At the end of this road, keep left (onto Via Monte Vacca), then head downhill on the paved road (Via Braia, D1) until a grassy trail to the right. This trail will take you (by keeping right at every fork until the waterway) to the steepest and most extreme of the gorge descents, down to Rio Inferno (an ominous name), which may flow gently between the sandstone cliffs, but this deep, muddy gorge is to be taken with great care.

The climb back out (S3) until the highway, across from the San Lorenzo Chapel in Roddino, is wider, less steep, and not as muddy, but it is still quite challenging. When you reach the highway, turn left and continue along the crest overlooking some of Italy’s most famous vineyards until you get to the small village, with an amazing view of the Barolo hills. 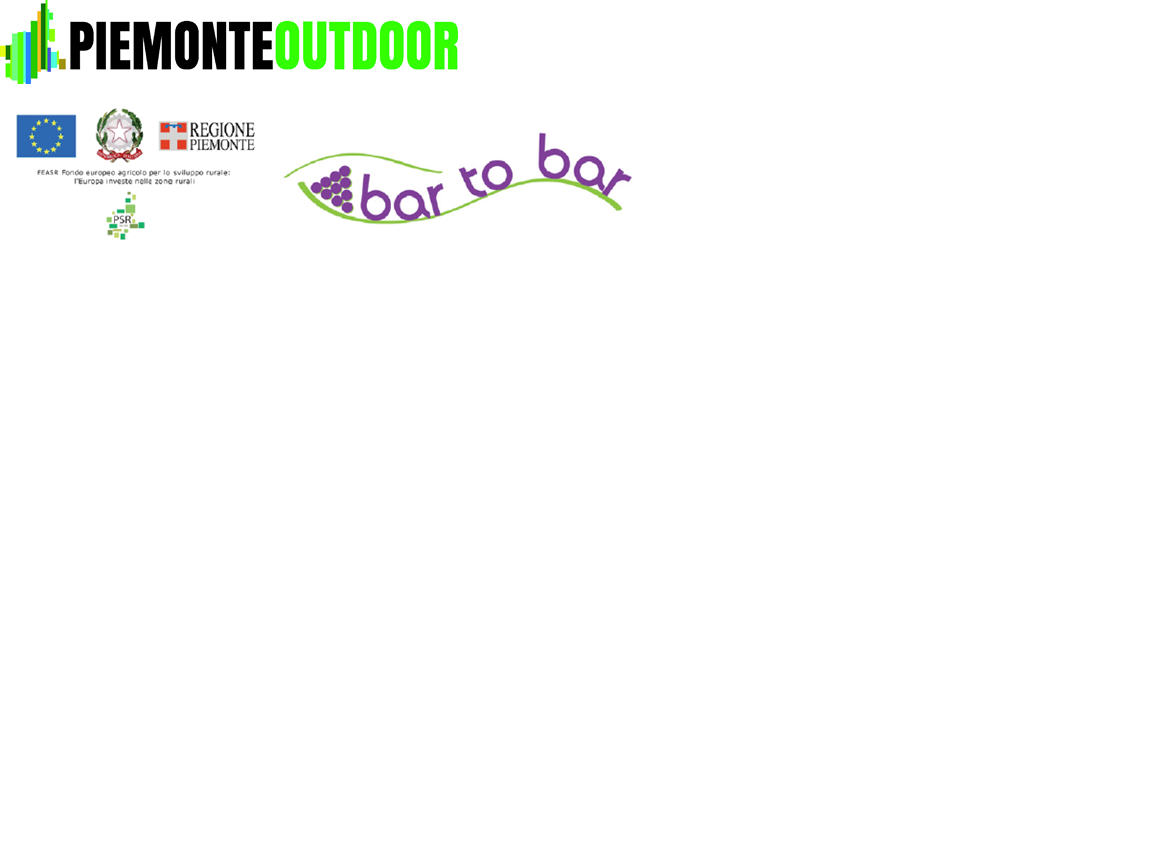