Alba, capital of the Langhe, a repository of traditions and history waiting to be discovered.

Alba, a city both delicate and tough, a city that is a village but has always succeeded in making its voice heard worldwide.

Streets that smell of chocolate all the year round, except in autumn when the scent of truffles is overwhelmingly dominant. Well-organised, lively and elegant streets talk about a thousand-year history which deserves to be known and explored. The city’s vibrant porticos, its bars and shops feature an age-old tradition and traces of a great and ancient commercial vocation, as well as agricultural and entrepreneurial, which made Alba famous.

And then, there are layers of history which overlap to the extent that a visit becomes a journey through time: from ancient Rome, through the Middle Ages, up to the present day, all to be discovered through guided tours organized by the local associations. There are exciting and enthralling routes to be walked on tiptoe and, with the help and enthusiasm of some skilled archaeologists, you will be taken into the underground city, into the depths of its squares and then right into Alba Pompeia among decurions, augustals and knights and its collegium or guilds of arts and crafts, which gave it fame and prestige since Roman times.

A journey through ancient history that will come to an end with a visit to the archaeological museum where, what seemed like a mystery to us, has been reconstructed and documented with utmost care.

Alba, a city of many towers, a small and cozy city which is always active and creative, a city to be experienced in every season.

If you love history the "Underground Alba" tour is a must.

Experienced and passionate guides will take you to discover the roots of this city. An exciting journey, also suitable for children, through exhibits and museums: two hours filled with history, including games, storytelling and themed trails. All you have to do is choose! 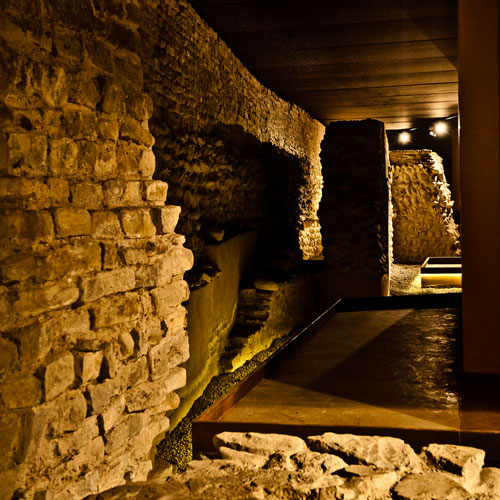 Book your visit to Underground Alba